Can I just say a very big Thank You to everyone who left me messages and emailed me after my disaster at the week end.

It was great knowing that you were thinking of me while I was clearing up the mess.
I’m pleased to say that I’m beginning to get things sorted out a bit now but it looks like there will be a few delays in getting the repair work done. This is mainly because my buildings insurance company won’t give the go a head for my work to be done until they have proof that the people upstairs have had their boiler replaced and there’s no further chance of more damage, so at the moment it’s a waiting game. At least thing are beginning to dry out now, although it still smells very damp and will do for a while I suspect.

Someone came this morning with carpet samples and measured up, so at least that’s one thing that’s sorted. All I have to do is let them know when the decorating is finished and they will come and lay it.

Can you guess what it was?

It was my prize from the Cuttlebug Challenge blog ‘Love Bug’ weekend.
I was slightly saddened by the fact that I was charged £19 by customs and the post office before I could get my grubby mitts on it but given that I had over £100 worth of art supplies in my itchy fingers the sad feeling didn’t last long!

And in the box………..everything I need from TENsecond Studio to
get me started on this new technique. 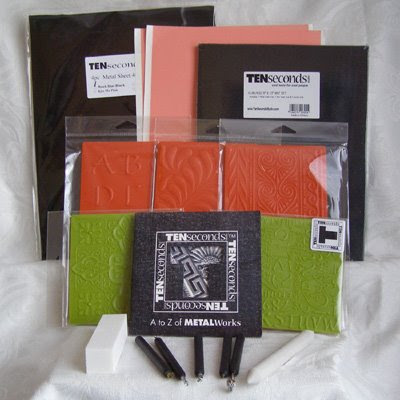 There was a set of tools 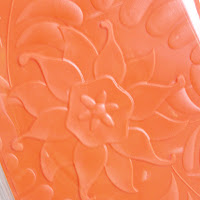 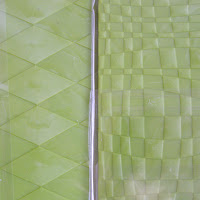 And last but not least a fantastic DVD and CD which explains how to use everything and has lots of templates to use.
I’m itching to going with it all but while I’m in the mess that I’m in crafting has had to go on hold for a while. I promise you though, as soon as I get started and make my first project, I’ll be back to show you all.
Once again I would like to thank the girls over at the Cuttlebug Challenge blog and especially the lovely people from TENsecond Studio for donating such and fantastic prize.
Posted by SueH at 17:32

HiSue:
I'm glad you have them to play with..
Why is there a customs charge? I don't understand that? IS that normal?
Thanks
Maggie